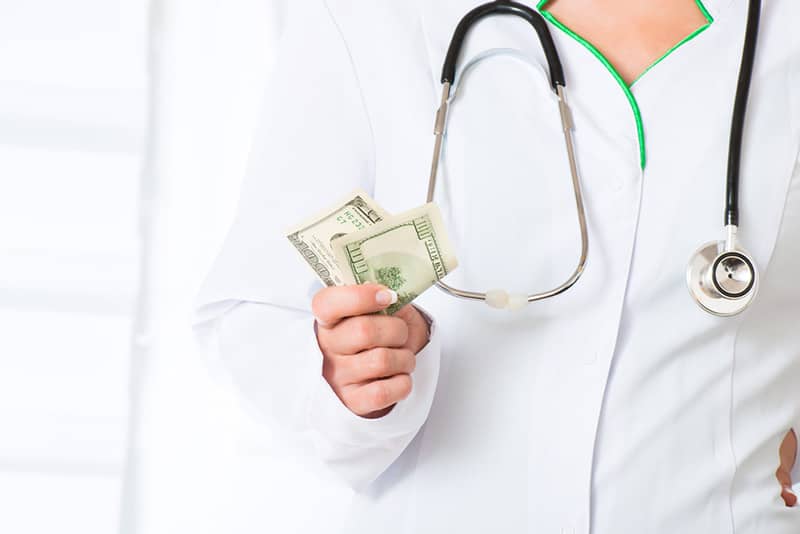 How to Choose a Wealth-Building Medical Specialty

Your choice of medical specialty will impact your ability to build wealth. Some high-income specialists have a wind at their back that makes building wealth easy.  Others face an uphill battle.

In general, doctors suck at becoming rich. We have consistently high incomes. Yet we struggle converting that income into wealth. We are the poster child of what not to do with money.

Income Does Not Equal Wealth

The fundamental problem is we spend too much of our income.

Furthermore, most doctors can’t even define net worth, let alone boost it to optimal levels. I give financial talks to physicians. Few in the audience can even define the terms. Even fewer know what their net worth is and have a system to track it.

You cannot improve something that you do not understand or track. Fortunately, our high salaries make up for our many money mistakes.

The Broke Doctor Next Door

The book The Millionaire Next Door spotlighted this weakness of doctors.  The authors determined a formula for how much wealth you should have at each stage of life. Since it is based on salary and age, it falters a bit near age 30 for many doctors. Medical school incomes are nonexistent. Residency incomes are limited. Then at the end of residency compensation may shoot up 500% in one year. That pattern is rare in other fields.

How Much Money is Enough?

If I had to pick fixed numbers for saving rate or net worth, I would aim high. I would shoot for a saving rate of 38% of gross income. And aim at $5M in assets by age 50. Is that too high? Would you rather have too much or too little? And I’m not sure it is too much.

Given our high spending, high debt, and late-career start a higher saving rate make sense. 40-50% of us also face burnout. Reaching Financial Independence at middle age seems reasonable. Heck, I reached all those goals and money was a low priority for me. I chose a lower-earning specialty, took two huge voluntary pay cuts. One to go into academia and one to join a non-profit.

Along the way, I made dozens of stupid money mistakes. I also invested through three market crashes, and still came out fine. You can too.

There is no doubt that higher incomes make building wealth easier. Especially if you resist the hedonic treadmill of lifestyle inflation.

Income should not be the only driver of specialty choice. But it should be part of the decision – especially if you have a lot of debt. When torn between two specialties consider the income differences for sure. Many of the generously compensated specialties have other benefits too. Some rank well in hours, clout, stress, and career flexibility. When I was in medical school I learned of the “RAP cartel.” RAP = Radiology, Anesthesia, & Pathology. Recently I learned about the ROAD. ROAD = Radiology, Ophthalmology, Anesthesia, and Dermatology. They are definitely all fields to consider.

Let’s look at how specialty choice and income give you an edge when building wealth. There are many income surveys out there. Many skew in some way. They have small samples, are self-reported, and show averages. A few doctors earning in the top 2% can distort the picture a lot. Better surveys report large data sets of actual W-2 data. They also include more than averages. Medians are a more reliable metric than the mean that is usually reported.

There is a metric that is even more stable and reliable than the median. I find the 25th percentile most useful. Shooting for that level of performance is a low bar. If that is solid, the rest is gravy.

MGMA reports the 25th percentile. Here are some specialties incomes at that level reported from data that is a few years old. The rank orders don’t change much year-to-year.

As you can see there is a big difference between the high and low earners. Of course, there is variation within those specialties too. But the biggest driver of income level is the specialty choice.

The average of these lower-paying specialties is around $200K.

The average of these higher-paying specialties is over $500K. Impressive. Especially since these are only the 25th percentile!

Medscape survey data help us look at physician net worths. There is not a complete disconnect between specialty income and net worth. Indeed there is a strong influence. Higher incomes correlate (and allow) larger net worths.

If you look at the list of physicians with lower net worths (under $500K) you will see a pattern. The lower-income specialties top the list. Those include Family Medicine, Pediatrics, Internal Medicine, and Rheumatology. High-income specialties like Orthopedics and Radiology make the bottom of the list.

Will You Have Five Million Dollars?

Only about 5% of physicians have a net worth over $5M. That number may seem high to some. But it isn’t. Given physicians’ earnings, many more should reach that level. Especially given that $5M won’t produce the income of a “physician lifestyle.”

3% SWR (Safe Withdrawal Rate) from a $5M nest egg yields only $150K. And that is before tax if coming from a traditional retirement fund like an IRA or 401K. After a 30% income tax (24% Federal and 6% State) that is only $105K. The majority of physicians outspend this level. So shooting for $5M is reasonable. So which specialists get there?

The high-earning specialties fill the top of the high net worth list. Orthopedics, Plastic Surgery, Dermatology, and Radiology dominate the top. The bottom of the list is packed with lower-earning specialties. Like Internal Medicine, Rheumatology, Pediatrics, and Family Medicine.

Habits and inter-specialty variation is real. But specialty choice still is HUGE.