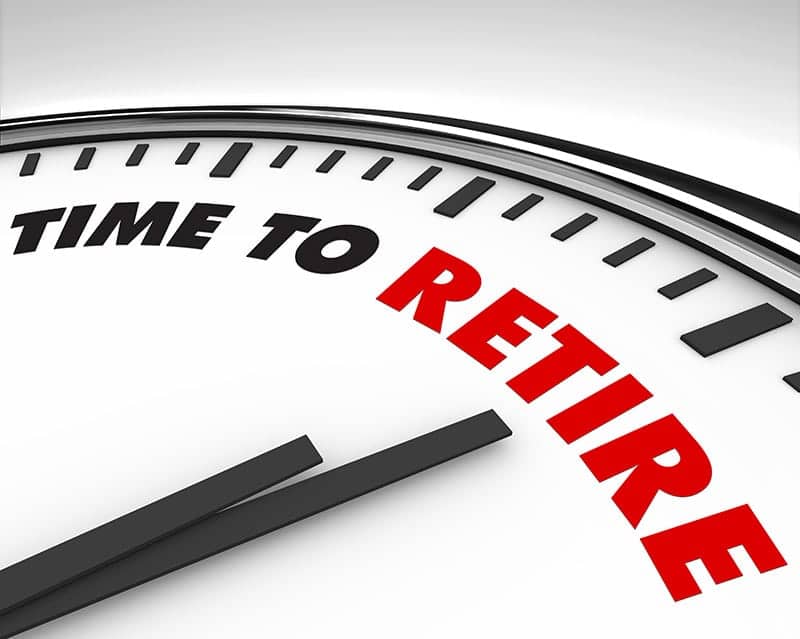 Should We Retire Retirement?

The traditional idea of retirement as the ultimate reward for a working life loses much of its meaning in an information and knowledge-based economy. Maybe it is time to retire retirement.

Tamara Erickson argues we should Retire Retirement in her book by that name. Life expectancies are climbing. Corporate leaders are seeing a critical lack of workers with skills and talent. Retiring retirement would help. An 8 million worker shortage could be filled with only half of the 14 million fit elderly. Many over-65 workers have vast knowledge and experience. Surveys show over-55 workers tend to be loyal and reliable.

Retirement was created in the 1800s. At that time worker speed and strength were at a premium. Younger workers needed more jobs. Social security benefits were expanding and the idea of a “vacation” after a working life was created.
We live in a different era now. Our information economy provides an opportunity to keep individuals connected, contributing, vital, and productive throughout much longer lives. Many baby boomers plan to continue work past traditional retirement ages. Fully one-third of Americans and three-quarters of Boomers plan to never retire.

There are many options including working longer, retiring later, changing fields, working part-time, etc. Some of this depends on your opportunities, experience, financial and physical health. Boomers will be the first generation to have a significant period of healthy, productive, non-childrearing life. They will have time.

Should ages of fifty or sixty be a time of winding down? Or a time to explore new options? Tamara Erickson has written about the concept of career curves. There are three basic types.

The first is the traditional path. As you age you gain work experience. It grows upward until in your 50’s or 60’s. Then you drop off a cliff at complete retirement. This is the model that may be falling away.

Another option is one of latent ambition. The carillon curve shoots up even higher after age 50 and may not plateau until 80. This curve is fitting for employees who leave a corporate job to create a growing business.

The third curve pattern is more of a bell curve. The peak is an age in the 50s. From age 20-40 there is a steep upward curve of career development. The 60s to 80s is a “career deceleration” where the worker is still engaged and contributing but the intensity is lessening. This can be thought of as a phased retirement with many flex retirement variations. We all benefit from having a flexible array of ways to stay engaged and productive throughout life.

Larry Burkett and Ron Blue come to a similar concept of retirement from a Christian perspective. They shared their thoughts in their book, Your Money After the Big 5-0.

The authors argue that the underlying premises of Americans being entitled to retirement are not biblical. There was virtually no mention of retirement in the Bible.

There are many passages about the virtue of hard work and how it benefits the individual, his family, his community, and God. They include many biblical quotes such as, “Arise and work, and may the Lord be with you.” (1 Chronicles 22:16). They ask a pointed question: “Even if God has blessed you with adequate resources so that you never need to work again, why waste your talents?”

Repurpose Instead of Retire?

The authors are fine with people ending their current work to start a business, help raise grandkids, volunteer in their church, or change careers. They counsel against checking out at 62 or 65 and doing nothing productive thereafter. If you quit and play all the time you are not doing anything useful for God or for others. Not using your talents displeases God.

The authors argue that continuing to work will reduce your financial stress. You need a smaller nest egg saved up if you are willing to work at least part-time. If your part-time job pays 9K per year, you will need 300K less (at 3% withdrawal) in assets. They also quote a Harvard study showing how work contributes to the well-being of older workers through play, meaning, creativity, and making younger friends.

We are Good Until the End

Burkett and Blue believe strongly that Americans and the American economy are better off if we reject our typical view of retirement. They do acknowledge that retirement isn’t all bad or wrong and that some must due to health or disability reasons. Also, you still need to save for the future even if you don’t plan to stop working completely.

If you have a good, full life and enjoy what you do, you should be useful throughout your entire life, not just in your early years. Although I wouldn’t judge others who make different choices, this view is consistent with one of my favorite motto’s, “To Be of Use!”

Larry Burkett and Ron Blue especially push the envelope of conventional wisdom in their chapter entitled Retiring Conventional Wisdom About Retirement. Through their biblical and historical lens, they aren’t too impressed with our modern approach. They are speaking of the original definition of retirement: drop all productive activity or paid employment. Nowadays people have many different notions of what the word even means.

Our great-grandparents knew nothing of retirement. They worked for as long as they were physically able. In the early 1900s populists demanded government-provided pensions. The workers suddenly had less control over their own financial security.

Layoffs and big business grew. Other demographic trends continued such as urbanization, retirement plans/pensions, and life expectancy. Age 65 was somewhat arbitrarily picked as the cutoff for social security or pension plans. That age made the plans affordable since the average length of life was less than 62 years. Very few would live long enough to receive years of income.

At the time lives were short, work was backbreaking and dangerous. Work was not viewed with a sense of meaning or purpose. Also, unemployment was high and putting the old people out on retirement would open jobs for younger workers. Social security was later made available at age 62. Medicare was added at age 65.

The times have changed and so should we. Work is much less physical and more information-based. Our bodies don’t wear out from clicking a mouse the way they did digging in a mine shaft. Many people in their sixties and seventies have great knowledge and stamina and can contribute to our economy.

Work is more meaningful and fulfilling than in the past. Many people enjoy their work and get better at it over the decades. Increases in health and longevity allow for many decades of high-level functioning even after traditional retirement age. Unemployment has remained low so there is no need to “make room” for younger workers. Older workers tend to be more reliable employees and can be retained with flexible hours as a business expands.

The authors recommend viewing retirement as an adventure-filled next phase of life. Expect to work and seek meaningful work. They agree with Peter Drucker, who said, “Reaching retirement age no longer means reaching the end of your working life.”

They shared the illustrative example of Mr. Cathy. Mr. Truett Cathy could have retired at age 50 after a successful 20-year career of running the Dwarf House Restaurant. Instead, he started a new business – Chick-fil-A.

At age 82 Mr. Cathy continued working as the chairman of this billion-dollar business. He started a youth camp, a foster home system, taught Sunday school, and enjoyed motorcycles & vintage cars. He gave away scholarship money and testified before Congress. Nevertheless, it was his work that he loved the most in life – saying, “Learn to love your work, and you’ll never have to ‘work’ again.”

Contrast Mr. Cathy with Mr. Darton. He was born in the same year and town as Mr. Cathy. Mr. Darton counted down his days until age 60 when he would be able to retire from his job as a purchasing agent. He told everyone that he couldn’t wait to “be free” and “do what he wants.”

His wife was concerned he would become bored and recommended he keep working. He was reluctant to admit he liked a lot of aspects of work: the people, the mental stimulation, the occasional conferences out of town, and the benefits.

He thought they would travel a lot after retiring. They didn’t. Money became limited. Also, his wife didn’t want to leave their grandchildren and her aging mother. Within a couple years he finished the “honey-do” list, watched all the TV he could stand, and read all the books he wanted. He played so much golf that it too became boring. Plus, golf is expensive. His yard looked perfect, but he was bored.

His days became an endless string of drinking coffee, complaining about his pension, checking the mail, and working on his yard. By eighty years old he was still in good health, but still without much meaning or structure in his day. He found himself getting annoyed over minor things, worrying about running out of money, and depressed about the prospect of up to another 20 years of this monotony. Long gone were his working days when he was active, earning, learning, being challenged, and contributing.

Why did Mr. Darton so look forward to retiring? That is what he asks himself. If you retire, will you be more like Mr. Cathy or Mr. Darton? Those aren’t the only two options, but it is useful to reflect on this contrasting case study.

“Keep working. Change careers and begin another. Work as a volunteer or work for pay. Whether you work part-time or full-time or intermittently at various jobs is up to you. You may choose to work in the winter only and then play golf and fish in the summer. Get attuned to the idea of continuing to work.”

What about you? Do you see work as a calling, just a way to earn income, an endless drudgery, or something else? Would you continue working past when you no longer need the money?