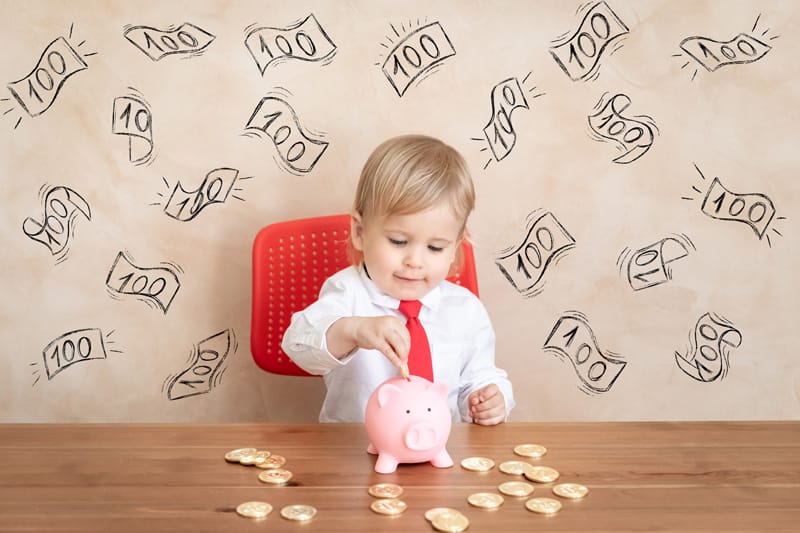 Lessons Learned: Get Smart with Money

The Netflix/Atlas documentary Get Smart with Money provides valuable money lessons. The movie’s focus is on four families who struggle with money. They provide wisdom and techniques useful to us all. Many high-earning physicians suffer from the same flaw as those in the documentary – we spend too much! We all need to handle our spending to provide funds to invest.

“An investment in knowledge pays the best interest.” Benjamin Franklin

The movie leans on four money experts. I was impressed with a couple of these money coaches when I met them at FinCon. I recommend you watch Get Smart with Money. Until then, my summary per each money coach may help you.

Paula’s pupil worked two jobs but felt trapped in her living paycheck-to-paycheck lifestyle. She couldn’t pay her bills, save money, or even afford medical care or health insurance. Working long hours (>50 per week) yielded no results. She was stuck as a waitress and bartender. Her dream was to make money doing what she loved – art, creative work, and fashion.

Paula pointed out the big three expenses: housing, transportation, and food. They should be studied and reduced. Food was one of the troubles with her student’s budget. She and her fiancé worked in food service and avoided making food for themselves. The resulting takeout bills racked up. Ditching takeout meals gave them breathing room and allowed saving extra income.

Focus on the gap.

There is more opportunity for upside. Think gig economy. Think quick cash today. What could you do? Dog walking or dog sitting, illustrating, etc.

Building your own business is more effective but takes a long time. She found opportunities that popped up and had synergies with her other projects. The benefits snowballed.

“What value can I bring to the world?” Paula Pant

Hustle, drive plus “know-how” can ignite a financial fire.

Her student used her creative talent to build businesses and make money. She sold art and dog walking services.

Between cowardice and recklessness is courage. We must stop doing one unproductive activity to open the path for something better. Honor your time and talent. Listen to your interests and skills. You will likely sustain the long haul if you enjoy it and are good at it.

“You make money based on how rare and valuable the thing you bring to the table is.” Paula Pant

Learn how to scale your income. Multiply your income without multiplying your effort or time. Lean into your side hustle. There is no blueprint but go hard.

She developed an abundance mentality and looks for ways to hustle and network. That attracted opportunities from several unlikely sources.

His student had lump sums from his struggling NFL career. He wanted to invest but didn’t know how. He was burning through his cash fast. His first NFL check was for $1.6M. He felt rich. But soon, he was down to $280K. He played two seasons and was released. He broke his foot before training camp, and then was without any income.

The fear of an unknown future motivated him to reach out for help. First, he learned how to dollar cost average and buy stocks each month. Then, he focused on doing all he could to boost his income potential.

Ross determined his student would be broke in two years at his cash burn rate. One shocking example was how the $60k he spent on jewelry in 2017 would be worth $112k if invested in the S&P 500. But don’t panic when it goes down. It will. But it will grow over the long term.

His student started seeing how his invested money grew. He made money without having to work. He then increased the amount he invested each month.

His student “got on his grind” to explore all income options since poverty was imminent.

His student was afraid to invest. Mac told him “Get over it.” He helped him set up an online brokerage account and use DCA to invest. He was losing by not investing, yet he was afraid of losing by investing.

His student scrambled and got a short-term paying gig. It kept him in the game, practicing and working on a higher-paying job. He positioned himself to take advantage of any good luck that arose. Soon that happened. He was given a generous salary, which doubled soon after. He invested from every paycheck in the future. The knowledge of investing empowered him.

He regretted blowing money on a “fake lifestyle” of glamor like on Instagram. Instead, he was inspired to teach youth these lessons. He considers his money knowledge gained “priceless.”

She focuses on basic personal finance. The essentials are budgeting, saving, credit, debt, and learning to earn.

Her pupil thought money was meant to be spent. She acquired a six-figure student loan and then many credit cards. Soon she was an adult with access to Target and Amazon and easy buying. Again, she maxed out many credit cards.

“Money is just a tool. You can use money to build yourself up financially, but money could be used to destroy yourself. Ultimately, you get to decide. You are in charge!” Tiffany Aliche

Tiffany advises people always to have hope. You can dig yourself out of a big hole like debt. Others have.

Before spending, ask yourself which of the four categories is relevant. Is this item something I Need, Love, Like, or Want? Needs are for your essential health and safety. Love is often pricey but may include a worthwhile adventure. The “Love” category brings lasting joy and memories. Like items might only give you a boost for a few months. Wants bring no joy – just temporary satisfaction. Her student admitted most of her Amazon purchases were Wants. Focus on your Needs and Loves to live more of your life. Focusing on your Likes and Wants mean living less of a life.

A budget is a picture of what your money is doing. If you don’t like it, you can change it. She recommended a “Split it before you get it” approach. In her case, the employer would send her check to five different accounts. Each had a purpose. They were house bills, other bills, spending, emergency savings, and dream savings.

“Split it before you get it.” Tiffany Aliche

Tiffany trained her to use her debit card instead of credit cards. With Tiffany’s help, she focused on letting go of her shame and paying off her high-interest (>10%) debt. She developed a mindset of abundance and growth.

“Your money will never do better than what your mindset will allow.” Tiffany Aliche

The debt payments prevented freedom, options, or a bigger house. It required her husband to work overtime. She finally understood this reality.

Before she lived in terror that her car would break down. Now she has an emergency fund that helped her deal with that very problem when it happened.

She needed to shift from “spending from credit” to “spending from checking.” She went a month without adding to credit cards. That required discipline, planning, and mental reframing.

She was in debt with credit cards that she couldn’t pay off. Every purchase created a new loan with 16% interest.

Her employer surprised her with a raise. She found that when she looked after her money, more money came to her.

Previously she felt like her debt was a mountain. After paying some off, it felt like a hill. She gained the confidence to achieve success.

She started to enjoy her money. Finally, she had saved enough in her “dream savings” account to plan a wonderful vacation as a reward.

She had enough money aside even though she hadn’t budgeted in a year. The direct deposit accounts made it automatic. She found the results “life-changing.” She could give herself grace and do things that matter while also paying off debt.

Money isn’t very complicated. What can you use it for other than buying more stuff? You can buy freedom with money, so you never have to worry about it again.

His couple began earning more but raised their spending. After that, they saw no way to get ahead. The Dad was downsized in the pandemic, but the Mom has grown her professional income.

They doubled their income several times, yet increased spending took away any benefit.

MMM shared his experience working as an engineer for $80K yet living on $40K. He invested the difference in index funds. He became FI at age 30. It isn’t your income that matters but your spending choices.

His family spent $2k on “shopping.” He explained the PJM (Purchase Justification Machine) that we all have in our heads. It allows us to rationalize every impulse buy.

We need to throw some dirt and grit into the gears of the PJM to slow it down. “Will I really use this? How often?”

His family spent $1,200 per month on food. He suggested they could save $60K per decade by making better food shopping choices. They were skeptical and had no idea how. So Pete took them shopping at Costco and showed them how – thus saving them thousands. A $400 Costco trip was equal to $800-$1,000 of their previous grocery habits.

With Pete’s help, they determined their FI number of $2.7M.

“If your spending is low, then all the other problems kind of evaporate.” Mr. Money Mustache

They acknowledged they spent more to cope with stress and as a reward for hard work.

They cut $3k per month from routine expenses. Frugality shouldn’t be a dirty word. A millionaire is made $10 at a time. Each $10 bill is a brick in your castle of becoming a millionaire. Discourage impulse purchases like $10 ice cream cones or similar items daily. That’s $10k per year vaporized with nothing to show for it.

The family still spent $10k per month, or about twice what MMM recommended. He was disappointed with their spending. They decided to spend and live well along the way. There is a price to pay for early retirement, and they weren’t sure that price was worth it for them.

They were challenged to get their spending low enough to save half their income. As a result, his family decided to downsize their housing. Their mortgage was $36k per year. They planned to cut that in half and add short-term rentals.

Pete’s coaching was about mindset – being deliberate and responsible in their choices. They learned not just to cut costs but to live joyfully and responsibly. Don’t just save money. Also, don’t wait to live well or spend time with your kids while they are little.

Despite living well now, they are saving $96k per year for their future.

The family went to Costa Rica for a five-week vacation. They thought of it as a “mini-retirement” as an extended break. They could rent their CO place out for two of those weeks. The resources allowed them to focus on their time and bond as a family. They prioritized their life now. The couple focused on happy, healthy relationships rather than investing every penny. They also look forward to long-term freedom and still retire early. As a result, they are less likely to waste money on frivolous Amazon expenses.

“The ultimate goal of money is not to have to think about money.” Mr. Money Mustache

MMM felt that his family got a better handle on their finances. More importantly, realized they had a bright future. That leads to even more empowerment, leading to better future choices.

How about you? Are you Smart with Money? If you aren’t sure, check out this thought-provoking Netflix film.