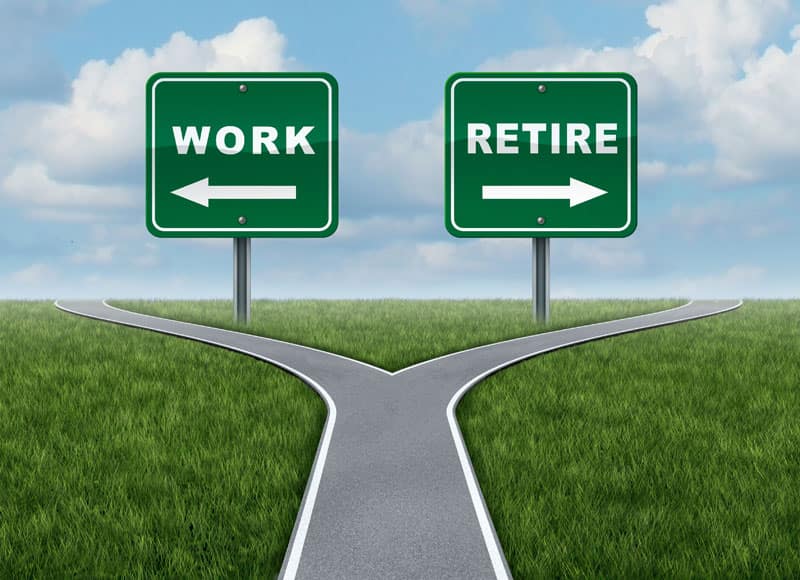 Cashing in on Early Retirement

Any conversation about early retirement or financial independence with early retirement (FIRE) will inevitably come around to a guy named Pete in CO.  Pete started a blog by the odd name, Mr. Money Moustache.  He retired from paid employment in his thirties and began writing about how he did it.  His blog and talks continue to inspire others.  He deserves all the credit he gets.

But there were others who came before him.  Previously I mentioned a “FIRE blogger” in the eighteenth century, Benjamin Franklin.  Ben worked on his business, marketing, and exploited new technologies.  He was frugal and saved and invested in companies and real estate.  His pamphlets were the blog posts of his day.  The revenue streams and wealth he built allowed him to retire from his work as a printer at age 42.  That path is similar to the plan from many in the modern “FIRE community.”

Today we won’t be going back two hundred years though.  I will be highlighting a few ideas from more contemporary sources which still preceded the “Sage of Longmont.”  These are two of the many sources that influenced me in becoming financially independent.

I read Cashing in on the American Dream in the late 1980’s.  Paul and Vicki Terhorst retired at the age of 35 and Paul’s book laid out how they did it.  It was an early inspiring story from what is now called ‘ERE’ Early Retirement Extreme, ‘FIRE’ Financial Independence Retire Early, or Moustachianism based on ‘MMM’ Mr. Money Moustache.  Paul preceded these and blazed a trail.

The amazing part is they stayed retired and have been traveling the world ever since.  A reporter who wrote a piece about the original retirement at age 35 followed up with them thirty years later when they were 65.  They confirmed that they have enjoyed 30 years of retirement and plan to enjoy another thirty years.  Can you imagine, 60 years of retirement?  Wow.  They also seem to live well and have no regrets.

Those who want to retire early may want to read Paul’s blog, travel stories, or his book.  They changed some of their financial advice (e.g. from CD and cash to stock-based investing) based on changing interest rate conditions but otherwise, they stuck to their original plan.  When they were in their thirties they would get a lot of strange looks when they said they were retired.  Now that they are older and grey-haired, people are much less surprised that they are retired.  They show no signs of slowing down on their travels.

First, do your arithmetic to figure out how much net worth you have.  Unless you opt for a bare-bones retirement, before you retire you should have $400,000 to $500,000 of net worth, including equity in your home.  Turn hard assets and home equity into investable funds.  Live on $100/day. Cut down your infrastructure.  Move and sell your vehicles.  Go south.  Live where the jobs aren’t.  Try living abroad for three to six months.

If you move to a lower-cost country, keep calm; you can always return to the United States.  Live like a resident, not like a tourist.  Rent, don’t buy.  Choose hotels that offer what you need and nothing more.  Learn the language.  Go with the flow and don’t criticize, complain, or compare.  Remember: Less is More.

Cherish the Phases of Life

Enjoy your career and then move on.  No matter where you are on your personal career path, you’ll want to: look for meaning in yourself, not in your job.  Try a trial period, like a 2-year sabbatical.  Talk to your family and others and see if this path is really for you.  During the first months of the transition, fill your new days with old activities.  After a transition period, do what you want with your new retired life.  Do what you wish, but you must do something.  Make a to-do list.  Remember that work was just talking on the phone.  Modify your work ethic to live without guilt.  Make a clean break.  Avoid major purchases for two years.  Go back to work if you feel like it.

If you retire with kids, you need more than $400,000 to $500,000 of net worth.  How much more depends on how many kids you have and how old they are.  To raise a child costs thousands per year.  If you don’t have enough to retire, you need to work to build your net worth.  You should: Manage your career; Control your spending; Set up a savings routine; and Start a high-risk/low-risk investment program.

Awesome advice, eh?  The book has more details if you can dig up a copy.  He writes a lot about not just how to retire but how to retire well.  Living without a job provides tremendous freedom and opportunity but it comes with a responsibility to actively live your life to avoid boredom.  Some of the text is outdated but the philosophy and advice are solid and time-tested by the author.  You can read more about their amazing travels and adventurous lives on their webpage: sites.google.com/site/paulvicgroup/

Now let’s hop ahead to our current century.  An early blogger in this area was Jacob Lund Fisker.  He published a book based largely on his blog in 2010, one year prior to Mr. Money Moustache’s launch in 2011.  His book titled Early Retirement Extreme is still worth a read for those who want original ideas regarding FIRE.

The subtitle reveals the true nature of this book: A philosophical and practical guide to financial independence.  The author is a brilliant original thinker.  Having said that – his ideas are extreme and not for everyone. He uses an analogy that most of us doing the 8-5 work-to-death routine until age 67 are letting society program us in an unquestioning fashion.  We are like people who have never been out of Plato’s cave.  We mistake shadows for reality.

Retiring after 5 Years of Work

The author retired while very young after only 5 years of employment. He saved almost all of his money and invested wisely.

His portfolio currently spins off enough cash to cover his expenses, although it likely would not cover the budget most of us “need.” He asks us to question how much we really have to spend. He forces us into original thinking and shows that we really don’t need as much as we thought.  It is possible to live on much less and he has proved it.

The author’s background is in theoretical physics and that comes through in several ways. His way of questioning fundamental beliefs is revealing. He is very comfortable with fairly sophisticated math though and that may confuse the reader at times.  He switches from text to formulas and back as though it is all easy and obvious.

Many of his cost-saving suggestions like making your own laundry detergent may be too extreme for most of us.  Nevertheless, he does have many useful tips.  He also makes the point that we are able to retire but we may choose not to since we want to support a more expensive lifestyle. That is fine, but it should be a conscious choice rather than a default setting imposed on us by society.

Be a Master of Many Skills

He argues the benefits of being a generalist (Renaissance Man) rather than a super subspecialist.  That way you can enjoy learning new trades and skills and pay less for other people to help you with your needs.  He notes that you don’t have to be a master in every trade.  You can become proficient in a fixed number of hours as suggested below:

300 hours –
Apprentice. Some skills but not independent.

The book is dense reading in parts and his eccentric thought patterns and lack of editing makes for a difficult read at times. Nevertheless, he presents original and well-researched ideas that would be helpful for anyone considering a non-traditional approach to early retirement or semi-retirement.  He also points out that if our emergency fund is for only our needs and not our wants it can be much smaller than the standard recommended amounts. This allows us to reach that amount earlier and to put more of our money into investments.

He has a lot of useful rules of thumb such as your living arrangements should be 10-15% of your net salary.

He also cautions us about ongoing monthly expenses and how damaging they can be.  Each dollar of monthly expense increases our required nest egg by 401 times. This shines a light on the true costs of recurring expenses.

Jacob Lund Fisker’s book is a worthwhile book for anyone considering early retirement or semi-retirement.  He is an original out-of-the-box thinker who has actually retired extremely young and is willing to share his ideas.  This is not an investment book about how to manage your portfolio but it is worth spending time steeping yourself in his philosophical thinking about the role of money in our lives and how to choose a better path.

Were you influenced by either of these thinkers and writers?  Were there others you recommend?  Do you find it useful to study people who retired early long ago and are still doing well?